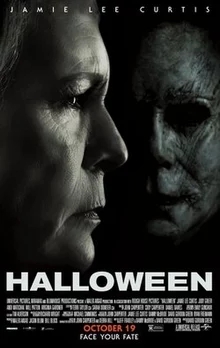 Trauma is a universal language. Like language, it’s often passed down generation to generation. We all hear the stories, though we may not understand them. However, there is not–I would argue–any greater intergenerational trauma than the pain placed upon a person by an abuser or an attacker. Whether we are discussing institutionally crafted traumas such as genocide or slavery, more intimate yet pervasive issues such as long-term domestic abuse, or even single instance traumas which last a lifetime, the trauma brought on by such pain is incredibly long lasting and indelible upon the psyche of a family or a people.

On May 23, 2016, John Carpenter announced to the world that he would be returning to the Halloween franchise as executive producer for a new foray into a reimagined nightmare. With the new film ignoring all of the previous Halloween canon save for the first installment, fans were excited but skeptical as to how Carpenter would pull off a Michael Myers story with both Michael and his protagonist counterpart Laurie being in their sixties. What fans wanted was a fantastic sequel to a beloved horror franchise; Carpenter certainly delivered on that. He also delivered something unexpected: a bold look into how trauma affects not just survivors, but their families as well. I would hope, by writing this to not only justify the actions of Laurie Strode as a logical conclusion of severe trauma, but examine how that trauma passed itself down to both her daughter Karen and granddaughter Allyson within the confines of the Halloween (2018) universe.

While further study is warranted, initial findings point to the heritability of trauma, particularly with regards as to how it affects the nurture bond between parent and child (Kaitz, et. al., 2009). Horror as a genre is not unfamiliar with depictions of intergenerational trauma, either. As Lowenstein (2005) questions: where would horror be without reliance upon reactionary terrors to historical and contemporary traumas?

The historical trauma that the original Halloween movie franchise builds upon is women’s intergenerational trauma with regards to the male monster figure (Connelly, 2007). Michael Myers, or The Shape, is the prototypical figure of male violence within the slasher genre. Proceeded only by famous non-franchise slashers such as Psycho (1960), Black Christmas (1974) and The Town that Dreaded Sundown (1976), Michael Myers became – mostly by default – the first and most defining figure for the slasher subgenre. With few exceptions, many slasher killers would begin to follow the model set by Michael: a mask, a slow looming walk, and a seeming immortality. Beyond even these characteristics, the genre also became defined by its victims–or rather its survivors. As the slasher movie shifts from the view of the hunter to the view of the hunted, it also shifts from the perspective of male to female.

Carol Clover (1993) originated the term Final Girl for this trope; the Final Girl survives the killer and is the last one left to tell the story. The Final Girl does this by setting herself apart from the average horror movie girl; not only is the Final Girl generally perceived as virginal, she is often perceived as tomboyish, though not tomboyish enough to be a credible threat to actual male power (Clover, 1996). While Clover derides Laurie in the original film somewhat as a more passive Final Girl who ultimately needs rescuing by the male Dr. Loomis, she does not deny that Laurie meets the model of the Final Girl for the time period. Laurie fights back against Michael, wounding him and confusing him at various points in the chase. It is only Michael’s functional immortality that keeps him alive past the climax of the movie. When Dr. Loomis arrives seemingly miraculously and manages to put a stop to Michael by somehow firing seven shots from a revolver, Laurie is saved and the movie seems to be over. Of course, a startling reveal of the empty ground where Michael should lie subverts this idea and makes room for multiple sequels.

Of course, the sequels all became moot with the announcement of the new 2018 film. Denying such key original plot points as Michael being Laurie’s older brother, the film instead focuses on Laurie’s lasting reaction to trauma. Laurie, in her adulthood, became a recluse and survivalist. Her marriages failed as she reacted to trauma by becoming a survivalist, a lifestyle she then attempts to force on her daughter until Karen is removed from her custody at age twelve. Her house is isolated; her backyard is a gun range. Laurie’s kitchen even has a secret secured entrance down to a hidden cellar, which becomes of great plot importance at the climax of the film.

In interviews prior to the 2018 film’s release, Jamie Lee Curtis spoke a great deal of Laurie’s initial denial of trauma, her feelings of freakishness, and her survivor’s guilt. Curtis went on to defend Laurie’s behavior as a reaction to untreated trauma. While she never justifies the trauma Laurie put her daughter Karen (and Karen’s daughter Allyson) in by proxy, the effect of untreated trauma in Laurie is not difficult to see manifested in her daily life.

Like many people who suffer from an untreated trauma, Laurie ends up unintentionally passing down said trauma through the women in her family. This is most readily apparent in Karen, whose unhappy marriage and blasé denial of potential danger bely a past overshadowed by a survivalist education and emotional trauma. While Allyson is more distant from the trauma, it is obvious that Laurie’s pain impacts her a great deal.

This form of intergenerational trauma is one of the first of its kind within the horror genre. While movies like Hereditary certainly explore intergenerational trauma within a family (and Hereditary is likely my favorite film of all time), the way Halloween does so while brilliantly giving homage to its source material is unsurpassed in my opinion.

In the next post, I will continue to talk about Halloween 2018 and how it relates to the closure process with regards to trauma.

I hope you’ve enjoyed things so far. Thank you for your patience while I got this out of my system.